“As a young man, I traveled  Canada from Newfoundland to Vancouver Island to the Arctic Circle on the Mackenzie River in the North West Territories.

This experience instilled  national pride in Canada’s wonderous beauty and diverse culture. Growing up in Sudbury, Ontario, during the peak of nickel smelting in the 50s and 60s and experiencing the destruction of nature by acid rain’  had a profound effect on me.”

A day with Pierre AJ Sabourin by Rui Lopes 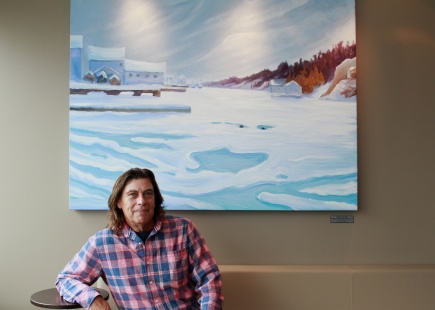 Art educator Arthur Lismer  of the Group of Seven mentored Pierre at age ten, resonating throughout his entire life. Art that comes from the soul is the highest of truths it is the best of who you are.  Memoirs Brushes with destiny……. Arthur Lismer ” https://pierreajsabourin.wordpress.com/2013/11/19/brushes-with-d…-Arthur- 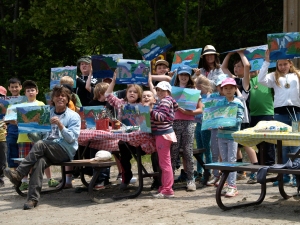 Sabourin went on to study Fine Arts at the University of Ottawa and the National Drawing and Print Council of Canada at the University of Calgary. Pierre apprenticed with landscape painter Ferenc Szeles of Hungary and mentored with great en plein air winter painter, Paul Schleusner of Germany.

I’m an  Expressionist! I  love rich colour and thick impasto. manipulating paint and creating shadow.Emersing oneself in nature allows the unconscious to be exposed allowing for  a deeper relationship with spirituality in the creative process. 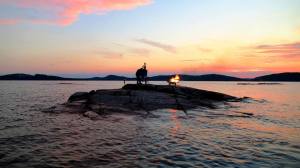 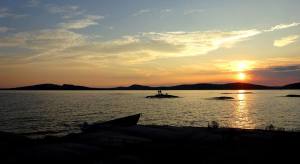 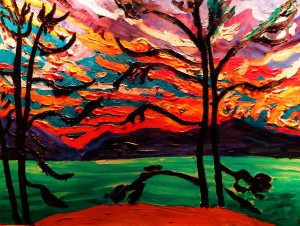 My paintings are inspired and produced en plein air, some are completed in the studio. I paint in all weather conditions and at times mount excursions into the interior with teams to establish a studio on location. 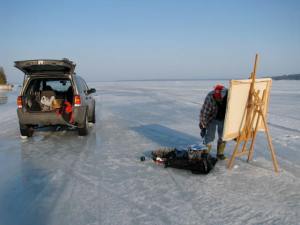 Pierre produced the Group of Seven Symposium of the Arts and Canadian Woodstock for the 5oth Anniversary Celebration of the founding of Killarney Provincial Park by AY Jackson.

Festival of the Seven

Spearheaded by the works of AY Jackson and Norval Morrisseau 85 distinguished Canadian and Aboriginal Artists exhibited 165 works of Art in celebration of the 5oth Anniversary.

The Artist in Residence hosts the popular Footsteps of the Group of Seven painting program in Killarney Provincial Park  for schools. art groups and families. In 2013 Pierre’s Footsteps program became the most successful in the Province for Ontario Parks.

In 2015 Pierre produced the Hot Mush Tour in celebration of AY Jackson. The Art tour encompassed 28 schools in townships of the Rainbow District School board of Northern Ontario, Students produced over 3500 paintings during the 40 day tour.

Pierre a leading advocate of Group of Seven heritage in Killarney and Northern Ontario has been included in five International and National Television documentaries. 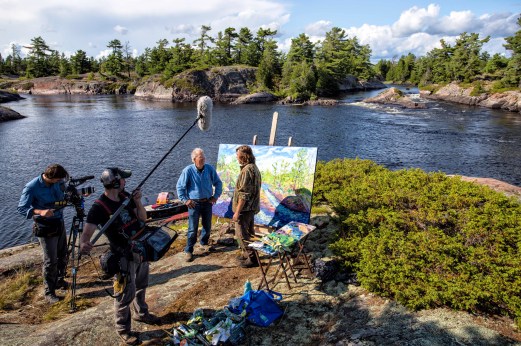 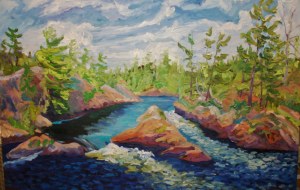 and ten paintings in The Quivogne Collection of Switzerland. 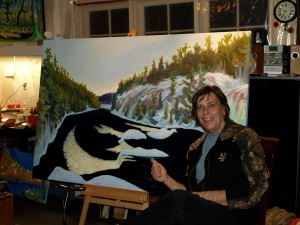 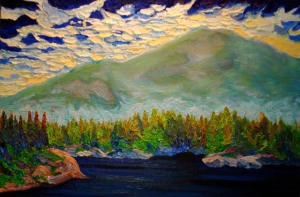 Pierre was an active  participant in The Willisville Mountain Project a tour de force responsible for Saving the historic  home of Franklin Carmichael  from mining destruction. Sabourin’s  Willisville Mountain was acquired by a private Group of Seven collection after completing a tour of five museums . Descendants of Franklin Carmichael’s family acquired three paintings from Pierre after a visit to Sunset Rock Studio in Killarney. 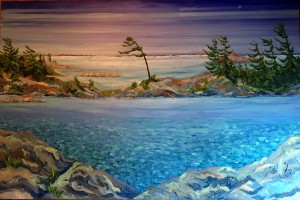 Kindness as big and wide as a prairie wind. In 2016 Pierre was commissioned to paint the Smokey River and Watino Valley of Northern Alberta Canada. The Watino Collection of 17 works are currently on exhibition for one year in the Peace River Library of Peace River Alberta. 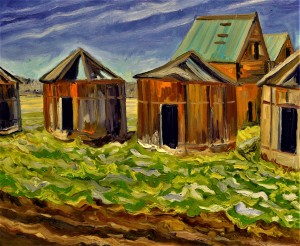 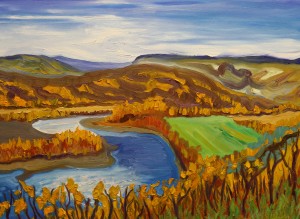 There is never a moments truce between virtue and vice , Goodness is the only investment which never fails. Henry David Thoreau

Sabourin has made art work donations to the following events and causes: